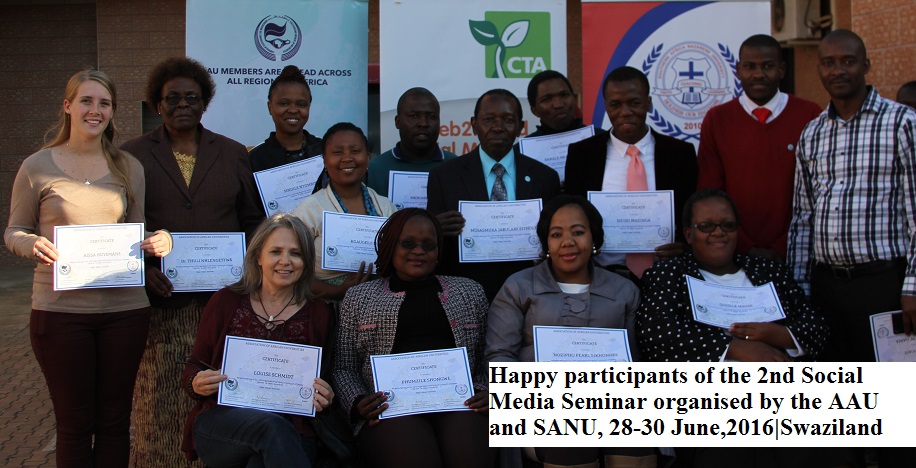 The seminar was graced by the presence of the Ministries of Education, Information Communication and Technology (MICT) and the Ministry of Health of Swaziland at the opening and closing ceremonies.  Participants of this Seminar were from the following institutions –   the University of Swaziland, University of South Africa, Ezekiel Guti University of Zimbabwe, the Waterford Kamhlaba United World College of Southern Africa (UWCSA), Amadi University, Southern African Nazarene University, Swaziland Christian University and the CIT College. With players from industry being encouraged to partake in this very useful seminar,  the Swaziland Energy Regulatory Authority joined to also sharpen their social media skills.

Addressing participants at the opening ceremony, Prof. Winnie Nhlengethwa, Vice Chancellor of the Southern Africa Nazarene University welcomed participants and encouraged institutions of higher learning and the business community to explore new technologies in a bid to increase access and advance Higher Education in their respective regions.

For his part, the Secretary General of the AAU, Prof. Etienne Ehile, urged members of the Association to strategically tap into the opportunities presented by the various social media tools in pursuing their core goals of teaching and learning, community engagements and research. He promised the AAU’s commitment in continuously implementing interventions, such as the capacity building initiatives to strengthen members in achieving their goals.

Speaking on behalf of the Government of the kingdom of Swaziland, the Ministry of Information, Communication and Technology (MICT) appreciated the AAU for its effort in encouraging relevant debates and building the capacity of its member universities in the area of Social Media.

The next Social Media Seminar is slated to take place this year (2016) in Uganda. The AAU extends invitation to our stakeholders to participate in this seminar once details are communicated.

The first Social Media Seminar was successfully held in Accra, Ghana on March 21-23, 2016 and featured participants from Universities in Ghana, Zimbabwe and the United Kingdom.

The Social Media Seminar Series was introduced by the AAU to build the capacities of higher education institutions to effectively utilise Social Media tools as part of their corporate strategies. A survey conducted by the AAU revealed that “Social Media Usage for Impact” by Universities in most African countries was still at its infancy.  Target participants for the seminars are Communications Officers, Public Relations Officers, Registrars, Librarians, Information Officers, Marketing Officers and International Liaison Officers – working in an African University / Tertiary Institution. 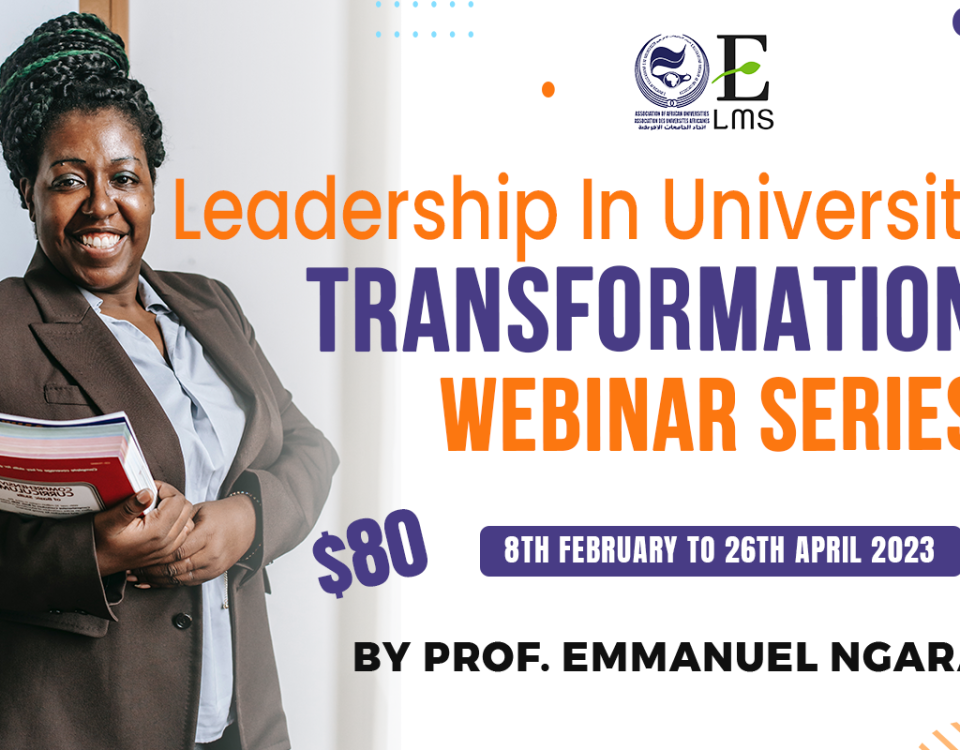