The Secretary to the Cabinet of the Republic of Zambia, Hon. Dr. Roland Msiska has called on African Universities to do more in strengthening linkages with industry and governments.  He made this call in his opening address at the third training workshop on facilitating University-Industry linkages in Lusaka, Zambia.

The workshop was organised by the Association of African Universities (AAU) in collaboration with the University of Lusaka from July 12 – 14, 2016. A total of 31 senior leaders of 11 academic institutions from 6 African countries, namely; Ethiopia, Ghana, Lesotho, Nigeria, Zambia and Zimbabwe participated in this very successful workshop.

As with the two previous workshops held in Ilorin, Nigeria (May, 2016) and Addis Ababa, Ethiopia (also in May, 2016), the three themes covered during the workshop were Technology Uptake, Intellectual Property Rights, and Entrepreneurship.

In his Keynote Address, Dr. Msiska noted that unlike the situation in advanced countries where universities have a strong linkage with industry and government, Africa still defaults in turning such linkages into meaningful societal benefit. Urging the continent to do more, he cited the example of Singapore which at the time of its independence had a lower GDP than some countries in Africa, but chose a development path around biotechnology, invested heavily in its people in the absence of natural resources, re-oriented its educational curricula from the secondary school to the tertiary level, and can today boost of a higher GDP than most African countries.

Dr. Msiska called on Africa to be more focused, and make use of all available structures and institutions to achieve its development goals. Wrapping up, he urged participants to be knowledgeable on the African Union’s Agenda 2063, while taking into account the development agenda of other continents/regions of the world when devising strategies to achieve the goals of the African agenda.

In his welcome speech, the Vice Chancellor of the University of Lusaka (UNILUS), Prof. Pinalo Chifwanakeni expressed his gratitude to the AAU for choosing UNILUS to host the workshop, indicating also that the university was borne out of university and industry partnerships. He expressed regret that there is still no direct linkages between university outputs and that of industry in Africa, with the only noticeable area of linkages being in medicine. He also expressed regrets that no tracer studies are conducted on university graduates after they leave their institutions, and urged African universities to incorporate this as a core activity.

He urged participants of the workshop to return to their institutions after the workshop with the notion that whatever universities do should have a business acumen.

Each of the three days was dedicated to a theme, facilitated by eminent resource persons who blended carefully selected case materials with extant evidence-based literature that provided a detailed analysis of each theme.

The workshop was highly participatory and positively evaluated by the participants, each of whom was awarded a certificate of participation by Hon. Mr. T. Tukombe, Permanent Secretary, Ministry of Higher Education at the Closing Ceremony. 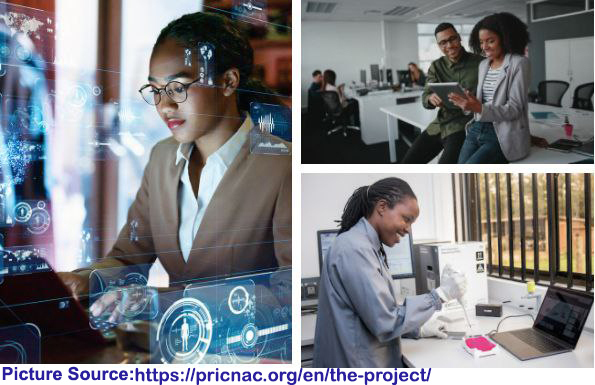