The Association of African Universities (AAU) is calling on all higher educational institutions in Africa to adopt innovative strategies to improve educational outcomes on the continent, as it joins other stakeholders to commemorate the annual African University Day Celebrations on the 12th November 2015.

This year’s theme, “Internationalisation of Higher Education,” was aptly chosen in furtherance of the discussions at the recent Conference of Rectors, Vice Chancellors and Presidents of African Higher Education Institutions (COREVIP) held in Kigali, Rwanda, in June this year.

“Internationalisation is now an integral part of higher education in all parts of the world and, in many instances, a major driving force for change in universities. African universities should, therefore, adopt new internationalisation strategies” said Professor Etienne Ehile, Secretary General of AAU. “We need to contextualise and prioritise our activities by giving preference to national, regional as well as global activities. In a world that is inevitably globalised, working and collaborating with institutions in all parts of the world, on clear agreed terms, can only be enriching for universities and students in Africa”.

This year’s celebration is aimed at creating the platform for intellectual discussions and debates on the key issues African universities should focus on, as we internationalise to ensure that we, as institutions, and our students derive the full benefits of such collaborations.

Events to mark the Day can take the form of seminars, workshops, or panel discussions in which both policy-makers and major stakeholders should actively participate. This could be supplemented by interviews granted to the public and private media, press releases, articles in local newspapers, and exhibitions of publications and other outputs by Universities.

If there is more than one university in a locality, such institutions may wish to arrange a joint celebration on the Day. AAU also suggests that information on the event is circulated to the various departments under the Ministry of Education, University Councils, Committees of Vice-Chancellors and all institutions involved in the management of higher education institutions, as well as other public and private universities which are non-members of this Association, research institutions, the media and the general public, inviting them to join in the celebration to give visibility to the Day and to promote activities of higher education institutions.

The AAU Secretariat has recruited 118 online Volunteer Social Media Reporters to create visibility for the African University Day. Please join the campaign online and use #AUDAY2015 to tweet interesting information about African Universities.

The Association of African Universities (AAU) is the apex organisation and forum for consultation, exchange of information and co-operation among institutions of Higher Education in Africa.

It represents the voice of higher education in Africa on Regional and International bodies and supports networking by institutions of higher education in teaching, research, information exchange and dissemination. The AAU, with its headquarters in Accra, Ghana, was founded in Rabat, Morocco, on November 12, 1967, by members of the Organization of African Unity (now African Union) and has a current membership of over 350 and still counting.

With a strong representation in all five regions of Africa, AAU provides the platform for research, reflection, consultation, debates, co-operation and collaboration on issues pertaining to higher education.

Through its various projects, the AAU has, over the years, made tremendous contributions to Higher Education Institutions in Africa. Current programmes being run include the African Centres of Excellence project, Database of African Theses and Dissertation (DATAD), Graduate Internship programme, ECOWAS Fellowship Programme, Quality Assurance Support Programme and the Leadership/Management Development training programmes.

From 2006 to date, the following have been the venues and themes for the Day in Ghana: 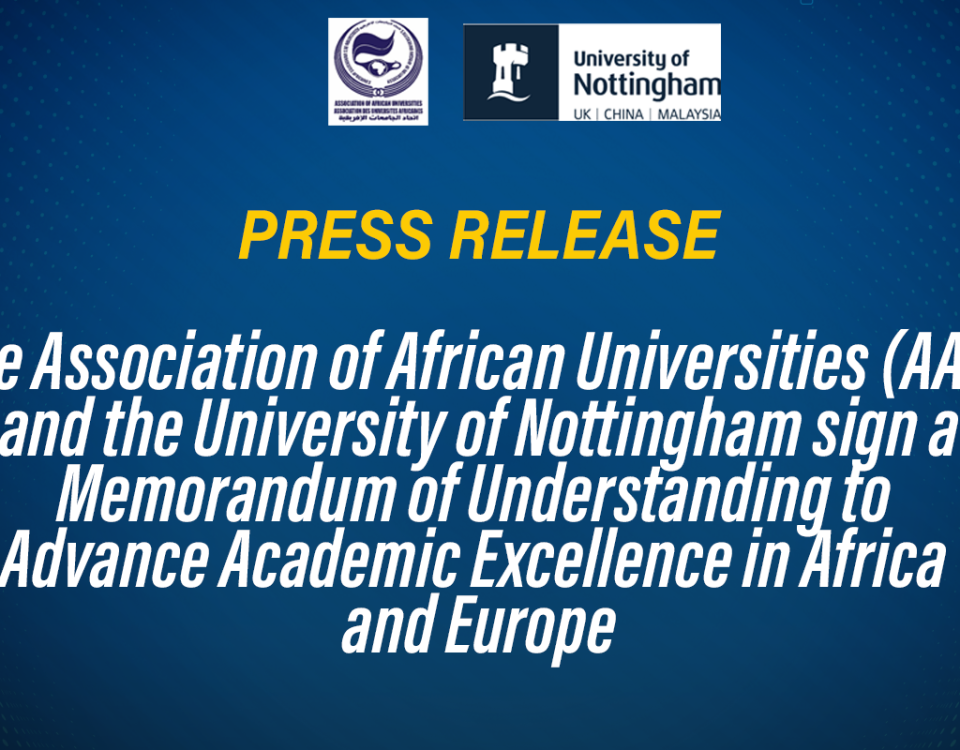