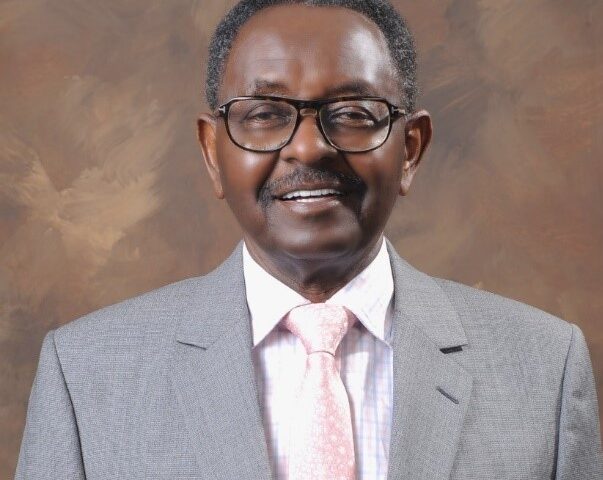 The President of the Association of African Universities (AAU), Professor Bakri Osman Saeed received a kind invitation from Professor Puleng LenkaBula, the new Principal and Vice-Chancellor of the University of South Africa (UNISA), to participate in her inauguration ceremony.

The celebration, which was hosted on Thursday, 2 September 2021 at the UNISA Muckleneuk Campus, was themed ‘Reclaiming Africa’s Intellectual Futures’.  It was well attended by stakeholders and high-profile personalities including the university’s patron, Dr. Thabo Mbeki, the former president of the Republic of South Africa. Virtual speeches were also received from the President of the Republic of South Africa and the Minister of Higher Education.

Prof. Bakri Osman Saeed, the President of the AAU addressed the audience virtually on behalf of the Association of African Universities. He congratulated Professor LenkaBula on her remarkable achievement as a first black woman to become a Vice Chancellor in South Africa and the first woman Vice Chancellor for UNISA since its establishment 148 years ago. It is worth noting, that the University of South Africa is a full member of the Association of African Universities. Prof. Saeed outlined the role of the AAU in serving higher education in Africa guided by its strategic plan for the period 2021 – 2025, and the AAU’s commitment to work with all stakeholders towards improving the quality of Africa’s higher education.

The Association of African Universities once again congratulates Prof.  Puleng LenkaBula on her appointment, as it falls in line with the AAU’s vision of women and young girls’ equal participation in top leadership positions in academic institutions in Africa.

The Association has been undertaking a number of activities to promote and encourage women in academia to aspire to occupying top leadership positions in their institutions, including the following:

Organization of the WoLPHE Conference and other key events focusing on promoting the empowerment of women in academia:  The AAU has been organizing its flagship Women in Leadership Positions in Higher Education Conference (WoLPHE) over the years. This event has been hosted in Ghana, Kenya and Nigeria.  It is a key platform provided by AAU for the discussion of innovative and creative ways of empowering women, especially young women in higher education to reach their full potential and aspire to the topmost leadership positions in their chosen fields. Aside WoLPHE, the AAU has been hosting other key events focusing on this area, for instance, a high-level panel discussion was hosted during the African Academic Diaspora Home-coming event hosted by the AAU North American Office, in collaboration with the government of Ghana. Again, the AAU has been partnering with other institutions to host gender focused events on March 8th to celebrate the International Women’s Day.

Research and Commissioned Studies:  The AAU continues to undertake studies related to the important subject of women in various fields including STEM. For instance, in 2019, the AAU commissioned a study which investigated and evaluated the proximate determinants that influence the participation of women in Science in Africa, titled ‘African Women in STEM – Paradigms and Limitations’. The study and findings can be accessed here https://aau.org/wp-content/uploads/2021/05/Women-in-Science-October-2019-final-2.pdf

Partnerships and continuous engagement with key institutions involved in the promotion of gender in Higher Education in Africa: The AAU has a good working relationship with various organisations across the continent who implement initiatives focused on gender and the promotion of the advancement of women in particular, such as the Forum for African Women Educationist (FAWE), the African Union Centre for Women and Girls Education in Africa (AU/CEIFFA), The Organization for Women in Science for the Developing World (OWSD) among others.

Establishment of the African Women in Higher Education Network (WoHEN): The AAU has recently established this key network, which is focusing on several issues, including addressing unfair practices that affect women from achieving their potential in higher education. This is to be done through advocacy, education, and research programmes. WoHEN, was launched in July 2021, during the AAU’s 15th Quadrennial General Conference of African University Leaders. Interested persons can submit their details via this link to join –  http://eepurl.com/hDw5Sv

Continuous advocacy among African Universities to prioritise gender mainstreaming and women empowerment: Being cognizant of gender imbalances in African Higher education, the AAU continuous to advocate for the prioritization of gender mainstreaming, through the various platforms and channels available to the Association.

The AAU wishes Prof. Puleng LenkaBula the very best in her new role and is optimistic that her appointment will inspire confidence in many young women in academia to aspire to the topmost leadership positions in their institutions.