VOX-POP: How Should Universities Respond to Student Protests?

VOX-POP: How Should Universities Respond to Student Protests? 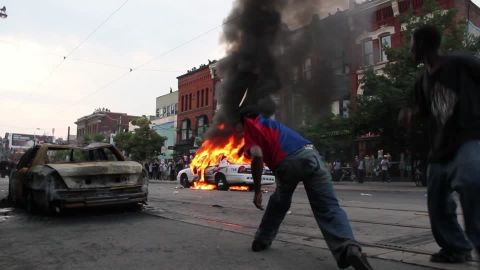 Student protest should be encouraged. How management respond to it is about the sort of university you have in the first place. When choices are made about the university’s future, staff, students and their unions should be meaningful citizens and partners. At the moment consultation takes the form of surveys or Q&A sessions about decisions already made. It’s inevitable people look for other ways to make their voices heard.

When procedures feel rigged it’s no wonder people resort to action outside governance structures. Managers should respond to protestors by talking to them. Disciplinary procedures shouldn’t be a substitute for dialogue. Managements should be accountable when things go wrong for the university and good relations collapse. Governing bodies should be ready to act. An open, participatory university is the best response to protest.

As an academic and administrator at a South African university, I can safely say that student protest politics is to be cherished. It is a time for students to really express what they believe in and stand for while growing up in a learning environment. Of course this does not detract that these protests may get out of hand and elements within the student groups may want to resort to violent behaviour.

University administrators should certainly learn to negotiate rules governing protests action with student leadership and have this in place ahead of any protest action. This will contribute to minimizing the groups that wish to pursue a more violent form of protest or demonstrate behaviour that would ordinarily be unacceptable to society at large. Above all administrators should learn to engage and keep the channels of communication with protesting students and their leaders.

Universities can best engage with student politics by ensuring that the student body once organised and unified beyond a certain threshold, has a legitimate mechanism to dismiss those at the senior management team or at least compel them to re-apply for their post.

Students are the key stakeholders in any university making vice-chancellors the equivalent of CEOs. Yet, where teaching staff are selected and fired on their academic ability, administrative members of staff are often immune to any outside questioning of their ability or indeed, moral integrity. Just as parents are present on the governing bodies of schools, patients on hospital governing bodies, students should be involved in any interviewing or disciplinary process and have representatives with the power to influence appraisals and budgets.

Many may ask: what do students know about running multimillion pound institutions? That’s not the point. Just as the people of Thailand were able to force Thai prime minister Yingluck Shinawatra to dissolve parliament following a public vote of no confidence, if vice-chancellors knew they could lose their jobs when ignoring the concerns of those they are ultimately supposed to serve, perhaps they just might listen to student issues and seek collaborative compromise instead of fire.